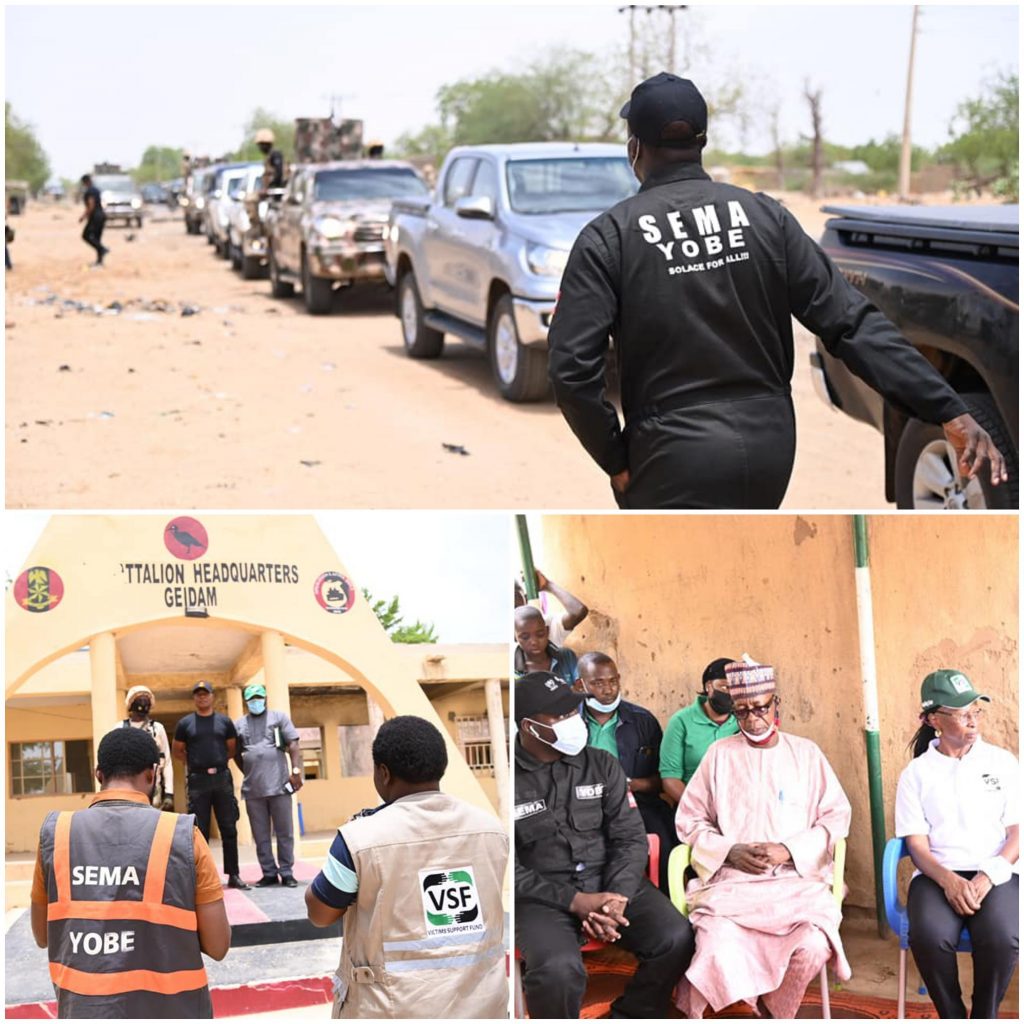 Following the recent attack on Geidam by insurgents, which led to the displacement of thousands from the local government, rapid assessment has been conducted today by a team of professionals. The team which was led by Dr. Mohammed Goje the Executive Secretary SEMA, comprised of Yobe state government delegation, representatives of Geidam local government council and members of the Victims Support Fund (VSF). As directed by His Excellency the Executive Governor of Yobe State Hon Mai Mala Buni, this rapid assessment was conducted with a view to increasing the government’s ability to reach out to the vulnerable and displaced populace of Geidam local government area.

The team also visited the Nigerian Army headquarters in Geidam and reassured the officers of continuous government support and partnership in the ongoing effort to restore lasting peace and security in North East and country at large. Furthermore, the team also inspected a number of places including but not limited to the fire service station and the Geidam general hospital. Next, a courtesy call was paid to the district head of the local government.

Finally, the team interacted with members of the community, while praying for Allah’s protection, they reassured them of the government’s continuous support.

It is worth mentioning that, Yobe State Government under the leadership of Governor Buni is closely monitoring the evolving humanitarian situation and deploying a flexible but fast approach with both national and international partners to quickly adapt and provide holistic support for the affected victims. In this challenging context, VSF and other partners are expected to complement YOSG in ensuring that the displaced persons return home safely. Yobe State Government is determined to continuously have effective working partnership between VSF and other interested individuals and partners to mitigate further unprecedented displacement and human suffering as a result of the recent crisis.