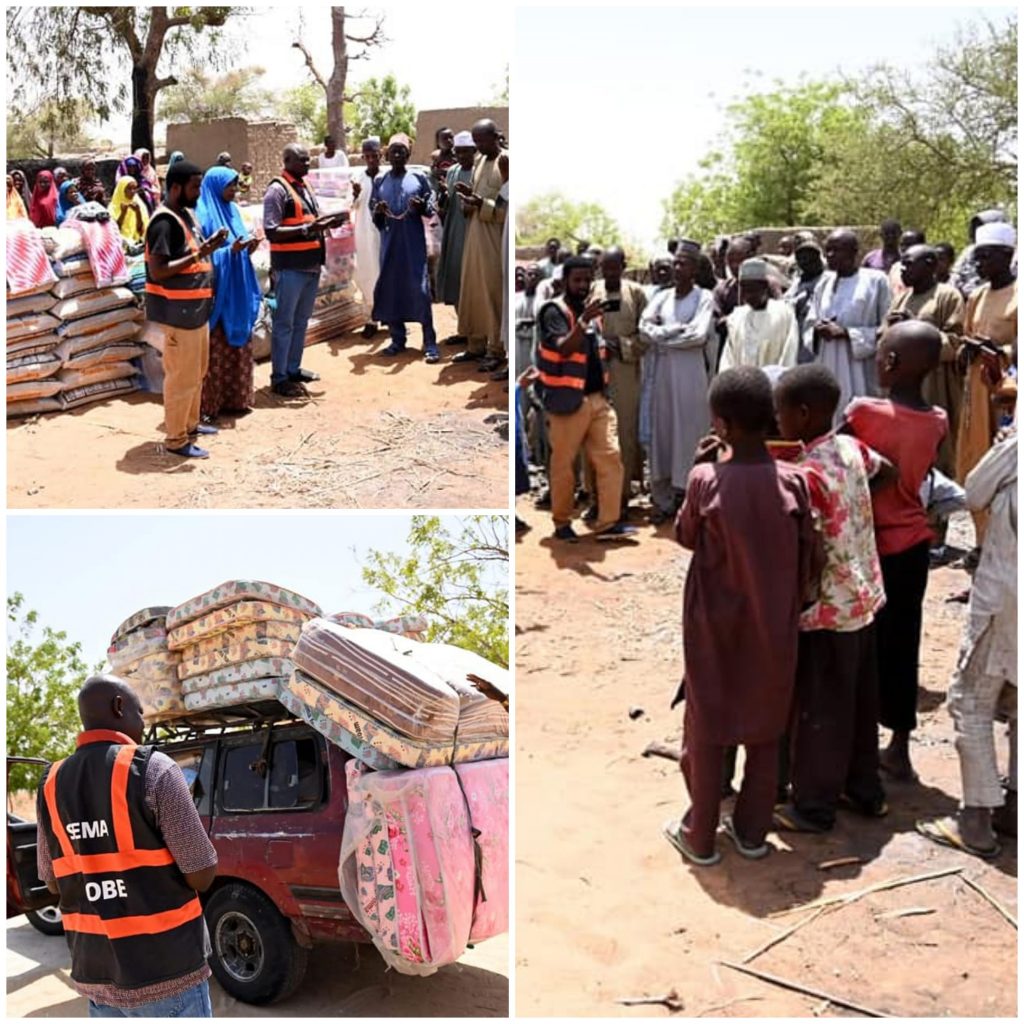 Barely 48 hours after receiving report of Fire incident in 5 remote and rural communities of Karasuwa LGA, His Excellency Governor Mai Mala Buni directed SEMA to provide succor to the affected households. Consequently, ES SEMA and his team have delivered food and non food items to the affected community.

The affected communities include Bukku, Kurnadi, Dunduri, Garin Gawo and Garin Kwallo. Pitifully, the victims which are mainly farmers, fall under the category of the most vulnerable. While appreciating Governor Buni’s quick response, the beneficiaries cited the fact that they got government’s support despite other serious issue happening around the state.

In his speech to the beneficiaries, ES SEMA sympathized with them, and urged them to help one another. He continued to assure them that Yobe state government will continue to support them come rain come sunshine.