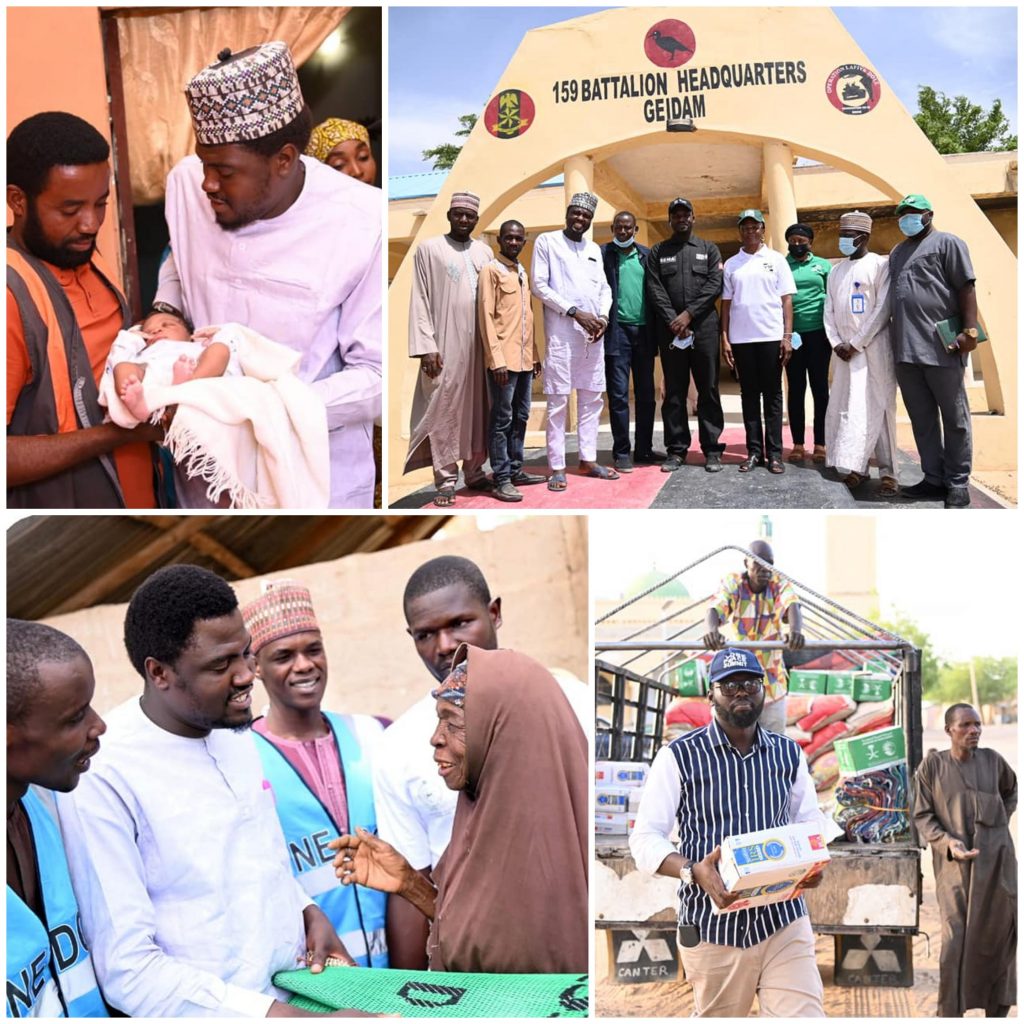 The executive secretary of SEMA in person of Dr. Mohammed Goje, has expressed his profound gratitude to SEMA’s team, the ambassadors and its partners. He said, “On behalf of my humble self as Executive Secretary and management team of Yobe State Emergency Management Agency, I hereby convey the agency’s sincere and deep appreciation to SEMA’s team and our emergency response ambassadors under the leadership of Amb. Adamu Yunusa for the team’s genuine commitment, sacrifices, and great coordination in the delivery of lifesaving emergency assistance to Geidam displaced victims of the recent humanitarian crisis.

The Emergency Response Ambassadors have worked diligently in a well-organized and timely manner which has greatly improved our reach and response capacity in Geidam. By the will of Almighty Allah, their effort has had a great effect in reducing the human suffering and further displacement of people due to the bitter crisis.

The team’s sacrifice has been unparalleled, having shown highest level of commitment and teamwork. Their humanitarian ethical compliance and excellent coordination in the field played a big role in the distribution of lifesaving food and non-food items to Geidam victims.

I have fully briefed His Excellency, the executive Governor of Yobe State Hon Mai Mala Buni of their selfless service and sacrifice. Consequently, His Excellency extends his kind words of appreciation to our local and international partners, as well as groups and individuals who supported the state and our displaced people.”