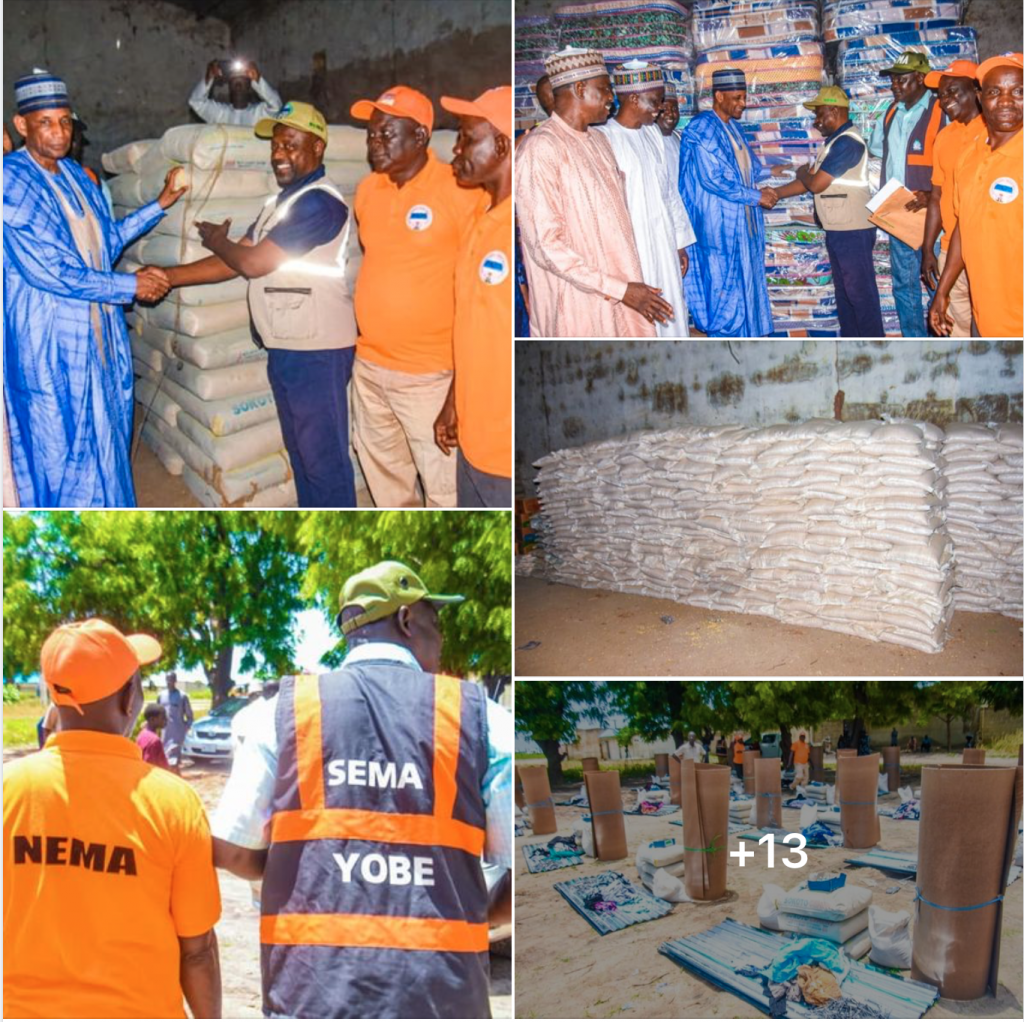 Earlier in July through August SEMA recieved report of incident of heavy downpour leading to flooding in 18 communities and SEMA alongside LGA conducted assessment and profiled victims accordingly.

He further said these phase of support will cover about 6 LGAs (Bade, Jakusko, Nguru , Yusufari, Gujba and Gulani) and assured Yobe State Government of more collaboration and support in line with NEMA directives.

While recieving this materials on behalf of the state Government, The Hon Speaker YSHA Rt Hon. Ahmed Lawan Mirwa thank NEMA, FMHADM and assured them of judicious distribution directly to affected households.

The Hon Speaker further Thank their Excellency’s Governor Mai Mala Buni and The Senate Presdient Senator Ahmed I Lawan for their tremendous effort in ensuring victims of flood and other disasters acros the state recieved timely support from both state and federal Government.

ES SEMA and team who have since relocated to Nguru to respond to the victims have since started validation and distribution directly to beneficiaries. This exercise will continue across 4 LGAs in Zone C. Victims will receive both SEMA AND NEMA support depending on severity and assessment records. Depending on the category of victim, Some will receive Building Materias, some NFIs and Some will recieve Both BM, NFIs and Food Basket.